In French with English subtitles. 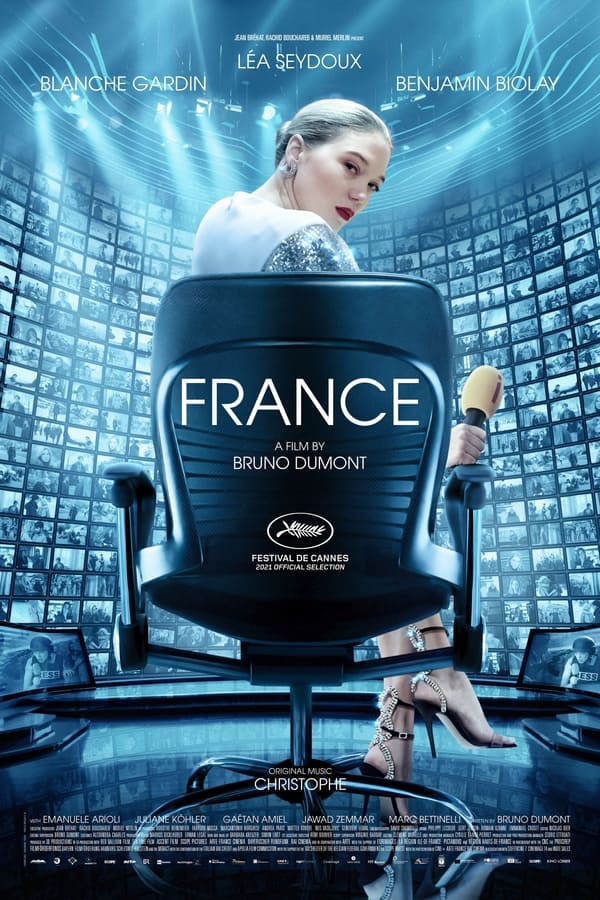 Paris, today. France de Meurs is a star journalist at a private French television station. Her fame, her
way of conceiving reports and programs, as well as a chain of personal events, will cause a total
questioning of her career in media and turn her life upside down. Between drama and comedy, France
compares the intimate and public crisis of a young woman with a portrait of contemporary France. The
film had its world premiere at the Cannes Film Festival in July 2021.